I will try to answer the above questions, as best I can . First, Where did all of the rates that we see in rate books come from. Many rates were discovered by  Dr. Albert Abrams, the father of radionics, in his extensive research and experimentation. Dr. Abrams used a  medical system known as percussion, in which the middle finger of the right hand taps the middle finger of the left hand that is held against the patient’s stomach and the doctor listened for different kinds of sounds, a certain sound ( usually a dull thud) in a certain place on the patient’s abdomen indicated the presence of some type of disease. Percussion was well-known to the medical profession of the day. Dr. Abrams built the first radionic instrument, which consisted of a box with three dials that were connected to resistors. The box was wired to the patient, Dr. Abrams would percuss the patient’s abdomen, while an assistant pointed a wire at a cancer specimen, and rotated the dials of the “Black Box” when Dr. Abrams heard the dull thud sound in the patient’s abdomen, the position of the dials would be recorded. For example at 50 the thud while percussing for cancer would be heard, that’s 50 ohms, ( an “ohm” is an electrical measurement of resistance in a circuit, the higher the ohm reading the more resistance resistance is measured in ohms.)  So 50 became the rate for cancer, and so it was for many other diseases, a different rate for each disease. 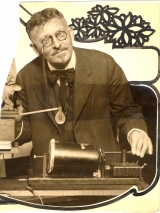 Dr Abrams and his radionic instrument

Dr. Ruth Drown who was one of Dr.Abrams students developed a series of rates, Dr. Drown was also the one who invented the “stick plate” which she used instead of using  a volunteer or patient as Dr. Abrams did, when she got a “stick” she would record the numbers on the dials, which became rates.

Dr Drown and her radionic instrument 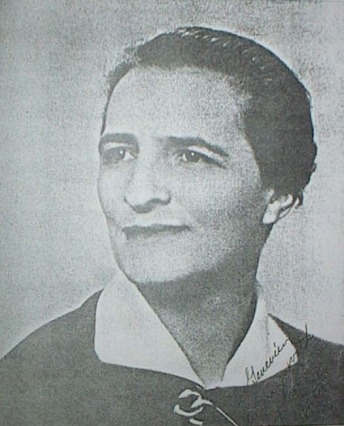 George and Marjorie De La Warr went on to discover thousands of rates, many of De La Warrs rates were transposed to be used on the Hieronymus type radionic instruments by I believe Peter Kelly. . Dr T. Galen Hieronymus designed a radionic instrument that used capacitors instead of resistors that had been used in all radionic instruments up untill that time. Dr. Hieronymus discovered that capacitors were much more accurate than resistors. Along with Dr. Hieronymus’s newly designed radionic instrument came a new form of rate, no longer did he use the “Base 10” type of rates (such as  25911 ,the rate for Iron) used by pervious radionic researchers, who used instruments with nine , twelve or more dials connected to resistors . Dr Hieronymus built instruments that consisted of a bank with two dials in each bank, some of his instruments had one bank, some two, others three. The rates Dr. Hieronymus developed and used were  either single dial rates such as -70 for the heart, or two-dial rates such as 24-4 for calcium. The reason Dr. Hieronymus used single-dial rates was that many of the instruments that he designed and sold had only one bank of two dials, and with a single dial rate, you could put the rate for a condition on the left hand dial, and the rate for the location on the right hand dial, such as strep in the throat, which would be 60- for strep on the left hand dial and -37  for throat on the right  hand dial. Sometimes you’ll come across a rate written this way . The”Ho’Oponopono (51.75-97) (14-12.25) (82.75-39)”, this means its a three-dial rate, designed for instruments that have three two dial banks, or sometimes you’ll come across a rate such as this one for “Diseases, Strep 26.15-66   59-54” this is a two bank rate, using all four dials. You may be wondering why do they have a single dial rate, a two dial rate, and a two bank rate for the same thing, such as Strep, the single dial rate is 60-, the two dial rate is 30-70, and the two bank rate is 26.15-66   59-54. I like to think of it like this, imagine that a single dial rate is your first name, a two dial rate is your first and last names, a two bank rate is your first and last names, plus your address, which gives you more information, and those hyphens that you see between a two dial rate , or to the right of a left hand rate or to the left of a right hand rate, just tells you on what dial they belong, think of the dash or hyphen (-) as being the middle of the bank on your radionic instrument if the rate is like this -37 the rate goes on the right dial, if its like this 60-, it goes on the left dial, and  a rate like  this ( 30-70) has one number on each dial.

I hope the above paragraphs explain how and where rates originated, why some have one number, others two numbers, and others such as the Base 10 rates, more than two numbers. Now the next question is “What is a rate?” I will attempt to answer that question next.

In using a radionic instrument, you the operator ,  along with your instrument are tuning in, focusing the mind, or resonating with that which you are analyzing or balancing. Everything in the universe emits energy, actually if you get right down to it everything is energy.  Really sensitive individuals can sense, and in some cases manipulate these energies without the use of an external device, such as a radionic instrument, for the rest of us we need to use something to focus or mind, our intent ,a rate or rates and a radionics instrument works perfectly for that.

The vibrations emanating from what we are focused on can be expressed as numbers,as in the case of radionics, which are rates. So the number or the rate represents something, it helps us focus on our intention, in the scenario below, to cure a sick cat. When you are analyzing your sick  cat, and find that if you put 40- on the left and dial of your instrument and -62 on the right hand dial, and get a stick, and intensity reading, your cat has “congestion in the colon” or constipation. The numbers 40- represented conjestion and the number -60 the colon. When doing your analysis of your cat you were able to resonate, with your radionic instrument to the conjestion in the cat’s colon, and get a “stick”, as well as an intensity reading.

The super cool thing about radionics is not just that we can find out that the cat has constipation, but we can manipulate this “Eloptic Energy”  with our radionics instrument,  send the energy back to the cat, reversed at 180 degress ( which most radionic instruments do automatically) and the cat should be relieved of the constipation in a relatively short time.

You don’t even have to use rates published in rate books, you can “cold-scan” for rates yourself.  If you have a plant that’s not doing so well, you can cold-scan with the intent of finding out whats wrong with your plant and your mind focused on a question such as “What is the major number one problem with my plant” as you turn one of the dials on your instrument, and rub the rub plate. As soon as you get a stick, stop, and do the same with the other dial, as soon as you get a stick stop, and you will have a two dial rate of what is wrong with your palnt. this is basically how most rates were discovered.

Rates  don’t always have to be expressed as numbers, they can also be expressed as geometric symbols, which is what Malcolm Rae did with his radionic instruments. Although I have never used a Rae instrument, from what I have read his symbols printed on a card worked very well also.

Malcolm Rae and one of his radionic cards 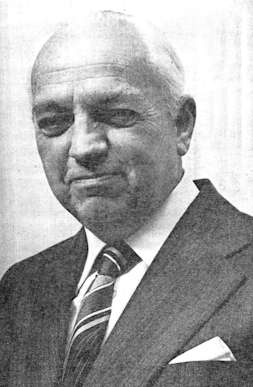 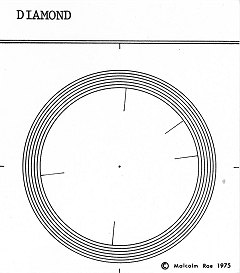 In the above chapters, I hope  I have given you a clear understanding of what a rate is, how it is used, and how and why  it was invented.

14 thoughts on “What is a Radionic Rate”